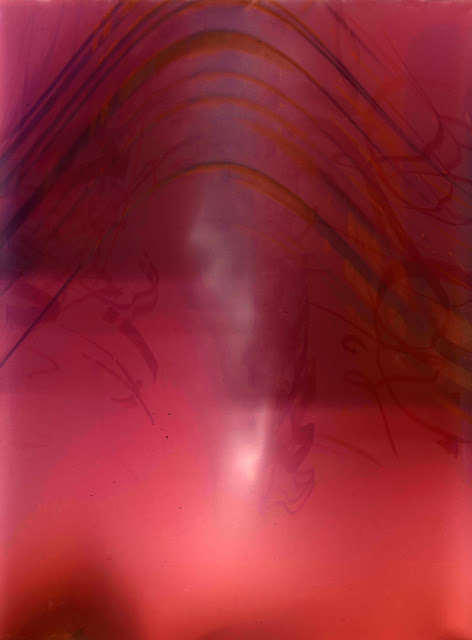 Arbroath, Angus
Grotesque inequality, the Brexit fiasco and the disastrous handling of the Coronavirus all point towards a UK political system that is badly broken. Under this system Scotland has no real voice on issues of critical importance. Only for Freedom is a series of photographs made in each of Scotland's thirty-two council areas. It stands as a declaration of independence written by light.
This work was due to be exhibited in April 2020 to coincide with the 700th anniversary of the Declaration of Arbroath. The physical exhibition was cancelled due to Covid 19. An online exhibition and discussion was organised by Street Level Photoworks.
Glasgow Cathedral, Glasgow City
Dunbar, East Lothian

Whooper swans flying in darkness
I am currently in Donegal for the month of November photographing, among other things, wild swans at dusk and dawn and even wilder Atlantic waves. Thanks to Street Level Photoworks and Artlink I am on a residency here, living in the small but lively town of Buncrana with a studio space at Fort Dunree. The swans migrate here from Iceland every winter.
Four years ago I began a project about migration. I was prompted by the tragedy of what was happening in the Mediterranean at that time but wanted to focus instead on Scotland. Many Scots who are opposed to welcoming people from other countries forget their own history, both national and familial. In 2015 and 2016 I travelled throughout the highlands and islands flying a kite and a drone to make aerial images of abandoned settlements. Some of the settlements were forcibly cleared as long as two hundred years ago. When visiting those, usually desolate, places I always asked myself where all the people had g…
2 comments
Read more 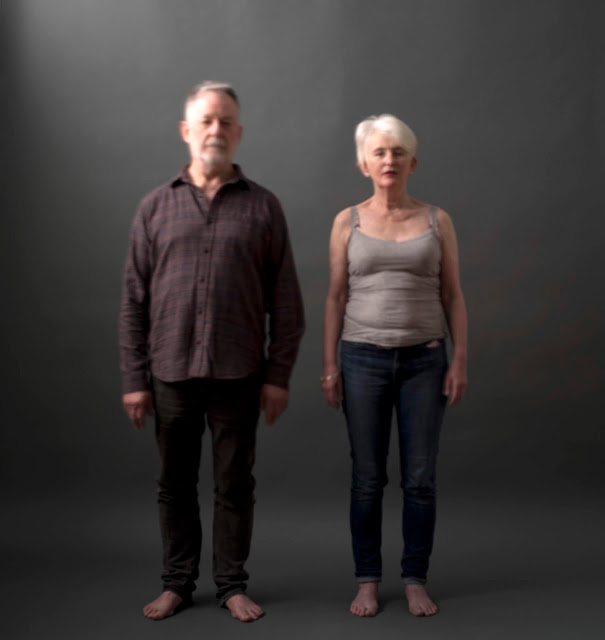 Timefield was a collaboration between five artists that led to an exhibition at Platform, Easterhouse in 2019. The exhibition consisted of projections of photographs, a soundscape featuring original text and abstract painted wall hangings. The photographs explored ageing bodies as a metaphor for landscape. 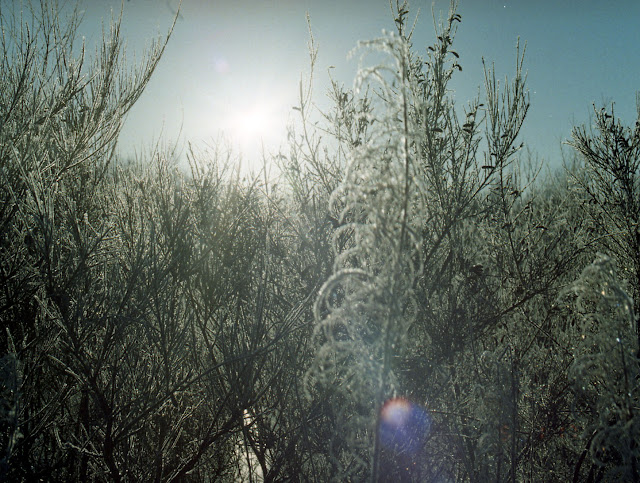 Patrick Durkin, was born on a tenant farm in County Mayo. He came to Scotland and became a coal miner at Kingshill No.1 colliery in Allanton near Shotts. He died due to the accumulation of coal dust on his lungs leaving behind a wife and nine surviving children, including my mother.


Thousands of people worked in Kingshill No.1 during its fifty year life span. It was one of the first pits to be nationalised. After it closed in 1968 the land above ground eventually became a small nature reserve. The large 'bing' I used to climb as a small boy was levelled off and trees were planted by the council. The woods, ponds and lichens encouraged the return of mammals, amphibians, insects and birds. The summers are full of colourful flowers and butterflies. You'd never know this was once the site of heavy industry, except sometimes in winter when the vegetation dies back you can see the black slag of waste coal in certain areas breaking through the surface. 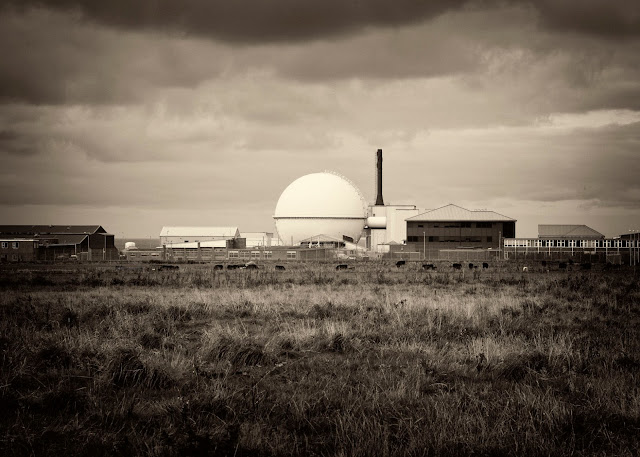 Dounreay Nuclear Power Plant: Being decommissioned since 1998
Nineteenth Century commercial landscape photography played a significant role in the formation of Scottish national identity and in perceptions of Scotland throughout the rest of the world. George Washington Wilson and James Valentine, founded an image industry fuelled by romantic literature, new transport infrastructure and tourism that branded Scotland as a wild land with a tragic history. In 2018 I produced a series of Postcards from Scotland. These are landscape photographs made in a faux vintage style and printed as postcards. On the text side of each postcard is a brief phrase revealing some interesting or surprising fact about the location. This is a simple challenge to the legacy of nineteenth century landscape photography. The series was also prepared (by Street Level Photoworks) as a slideshow presentation with voiceovers and texts in Lithuanian and French for various screenings during 2018. 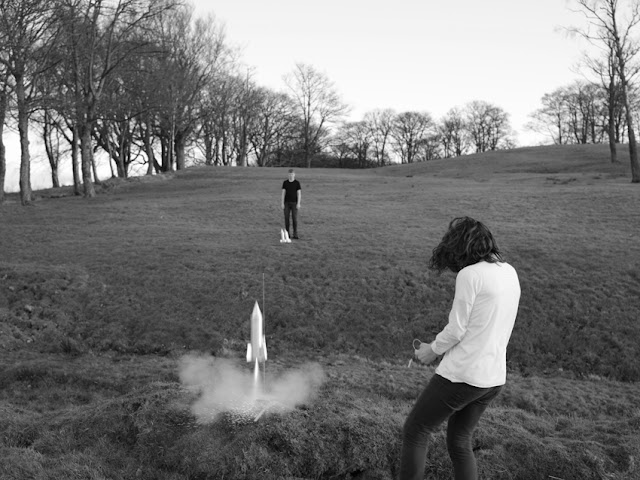 2016 saw a high pitch of anti-immigrant hysteria. Donald Trump promised to 'Build a Wall' across the entire Mexico-USA border. Europeans debated how to stem the tide of immigrants crossing their borders and, among other measures, funded Turkey to build a vast fence along their border with Syria. The UK voted to leave the EU altogether, partly motivated by the drive to keep immigrants out. Within this context I began walking the Antonine Wall. This is a second century border wall built by the Roman's across lowland Scotland, twenty years after Hadrian's Wall. It divided Brittania from Caledonia. I photographed remnants of Roman fortifications and the ditch and wall itself using kite and drone. A site of particular interest was Bar Hill Fort near Kirkintilloch. This fort had been garrisoned by 500 Syrian archers. Refugees from the contemporary Syrian War were beginning to settle on the Isle of Bute just as this work was being made. With the help of my sons, rockets were…
Post a Comment
Read more 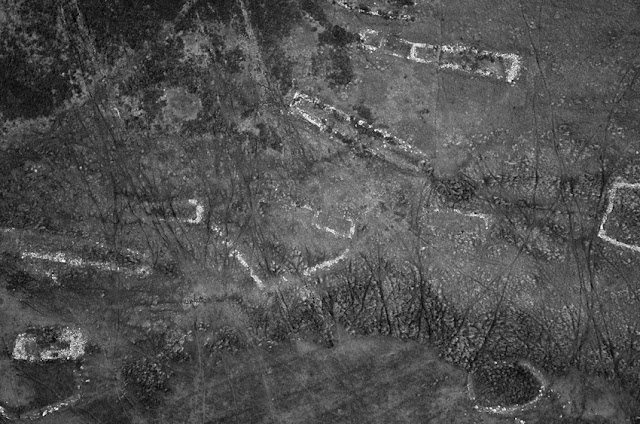 Learable, Sutherland
In the summer of 2015 I was greatly moved by news coverage of the mass migrations across the Mediterranean Sea and the accompanying loss of life. I wanted to respond to this catastrophic event but did not want to 'head toward the action'. Instead I began to reflect upon a time in Scottish history when people had been forced to migrate either literally or through economic circumstance. I travelled throughout the highlands and islands of Scotland photographing abandoned settlements from above using a kite and drone. This work appeared as part of a group show, Tabula Rasa II, in Streetlevel Photoworks in 2016.